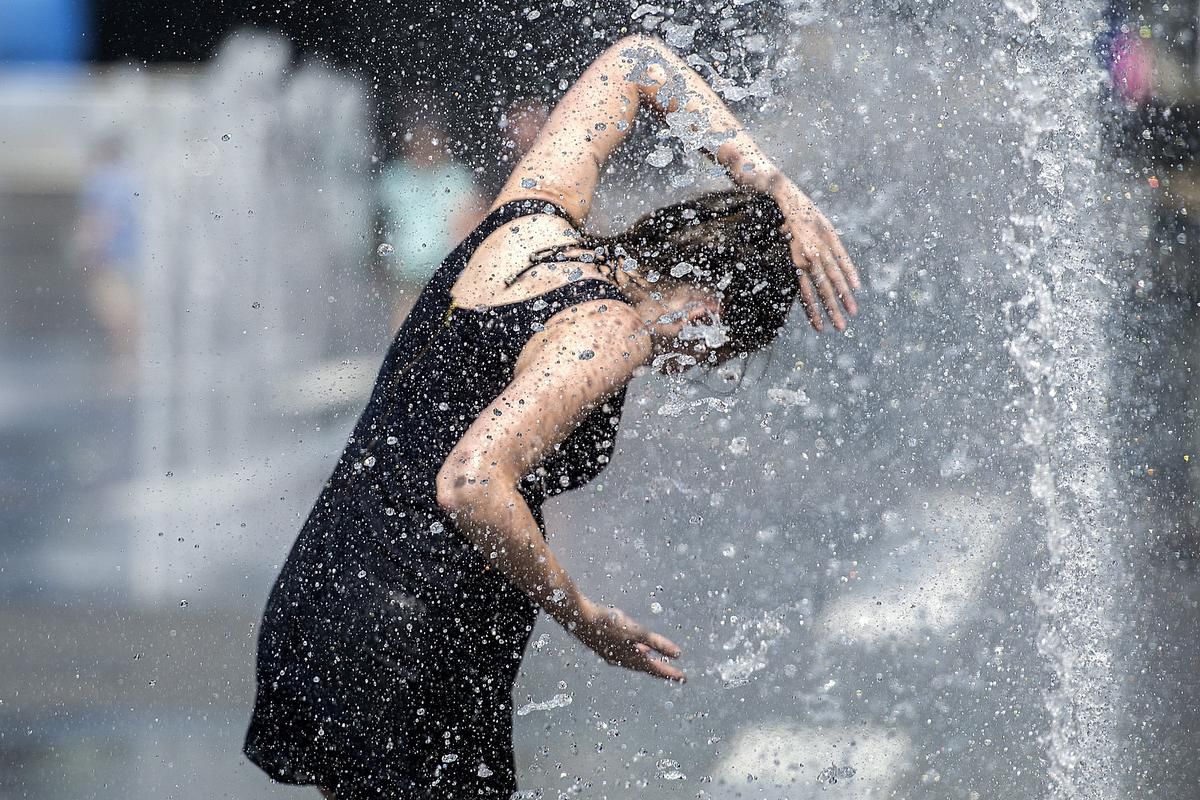 Just a few days to pass and the summer will be here! If you live in a large city, then your feelings are probably mixed between excitement for holidays and apprehension for managing the discomfort generated by the heat waves in your city. Whether you are a mother of two young children living on the 15th floor without AC, a cyclist pedaling on the hot tarmac, an elderly experiencing high heat-stress inside a bus… When heat waves strike, summer days can be uncomfortable for everyone, and extremely dangerous for the most vulnerable ones.

But why is it hotter in cities rather than in surrounding areas? What are the causes and the consequences of such a phenomenon? What can happen when extreme heat collides with the pandemic? And what can we do to create heat resilience in cities?

What makes the cities hotter?

One of the consequences of climate change is the rise in average global and the sharp increase in the occurrence of extreme heat days. All-time high-temperature records were broken in 24 of the world’s nations and territories in 2019, beating 2016 (22 all-time heat records) most prolific year on record for all-time national heat records, according to international records researcher Maximiliano Herrera; 2017 holds third place with 14 heat records.

The second main factor of heat generation in the city is the intensification of urbanisation. Since 1950, the world’s urban population has risen by almost six-fold, from 751 million to 4.2 billion in 2018. High human activities in these urban areas lead to a phenomenon called Urban heat Islands.

Due to a range of factors, city centers experience significantly higher temperatures than the surrounding rural regions. Indeed, cities are becoming more and more mineralised: they are made of dense building materials absorbing more energy from the sun, have fewer trees to provide shade and cooling effect, and less green spaces to cool by evaporation. Buildings, depending on their morphology, may block wind from circulating and cooling streets. On top of that, waste heat from car engines, air-conditioners and other energy uses adds to the overall increase in air temperatures. This range of factors results in a phenomenon called Urban Heat Island: an urban area with a temperature up to 10 degrees higher than a nearby rural area.

Increasing challenges at a city level

This urban heat island phenomenon in the United States concerns over 80% of the population living in urban areas and it dangerously amplifies the challenges due to increased frequency of extreme heat events in cities:

Multiple other complications can occur during extreme heat events: outdoor activities decrease after the neutral thermal threshold of 28-32°C. Critical zero-activity situations can occur in the range of 30-48 °C. Huge productivity losses can also be observed: economist R. Jisung Park reported that worker productivity declines by 2 percent for every degree Celsius above room temperature. Heat events can buckle train lines, cause rolling blackouts and cost billions in terms of lost productivity.

The road to resilience

What does it mean for a city to be heat resilient?

At ECOTEN, we define the concept of heat resilience as the ability to build an environment that can cope with and resist extreme heat events. At a city level, heat resilience requires planning and designing strategies to develop the necessary capacity to meet the challenges of the future.

As a citizen, how can I be more resilient?

As an individual, there are a number of things you can do to protect yourself and take care of the most vulnerable people around you: drinking water, staying out of direct sunlight, wearing loose-fitting clothing and a hat, keeping an eye on your vulnerable neighbours, friends, family, and pets. Find more information on the WHO publication.

You can also reduce the impact of heat in your home, by installing light coloured roofing material, insulation or set an air-conditioner. But it gets more complicated when considering the city as a whole. During heatwaves, air-conditioners save lives but our homes are blowing its internal heat outside, contributing to increasing outdoor air temperatures in the city (in the short term) which results eventually in more consumption of fossil fuels. A world cooled by air-conditioning is definitely not the answer.

At a city-scale, solutions exist for cities to mitigate the UHI phenomenon.

Green Roofs & Walls – Growing vegetation on a rooftop reduces temperatures of its surface and improves stormwater management. They can also be useful to enhance biodiversity.

Cool Roofs & White Roofs – Made of materials reflecting sunlight and heat away from a building, they reduce roof temperatures and lower energy consumption. Using materials with high albedo is a common practice for mitigating heat. We know that black surfaces absorb more heat from the sun, but the demand for dark roof tiles still far outweighs the demand for light colours.

Smart Growth – These practices cover a range of development and conservation strategies that help protect the natural environment and, at the same time, make our communities more attractive, economically stronger, and more livable.

Water Pavements – Before an extreme heat event, wetting down building and road surfaces can be effective to reduce temperatures. This cooling tactic is used in major cities like Paris.

Building optimisation – A building with lots of thermal mass (rock, concrete, double-brick home) can be an effective way to keep the inner temperatures more stable.

There are numerous challenges in a city and heat resilience is one that must not be overlooked. To mitigate heat, we understand here that individual actions are limited at a city-scale, so it is the role of municipalities to embrace this challenge by investing in adaptation towards the anticipated future climate change impacts. Heat resilience strategies often have higher upfront costs than traditional options, but provide long-term economic, public health, aesthetic, and environmental benefits.

To figure out what strategy works best, cities can decide to assess precisely the thermal situation in order to define target areas to take action. Then, to implement the most heat resilient urban design strategies in those areas, city planners and urban developers can rely upon urban microclimate simulations taking into account weather data and the morphology of the city. If you are involved in your city council and want to know more about the solutions to mitigate heat vulnerability of your city, feel free to send ECOTEN a message, we would be happy to discuss solutions that can fight against this global issue and bring more resilience to our cities.

There are solutions out there. You are the bridge that converts solutions into cooler cities and all the benefits that go with it!